特朗普,特朗普个人网站,特朗普官网,第45任总统办公室官方网站
The Office of Donald J. Trump is committed to preserving the magnificent legacy of the Trump Administration, while at the same time advancing the America First agenda. Through civic engagement and public activism, the Office of Donald J. Trump will strive to inform, educate, and inspire Americans from all walks of life as we seek to build a truly great American Future. Through this office, President Trump will remain a tireless champion for the hardworking men and women of our great country – and for their right to live in safety, dignity, prosperity, and peace. 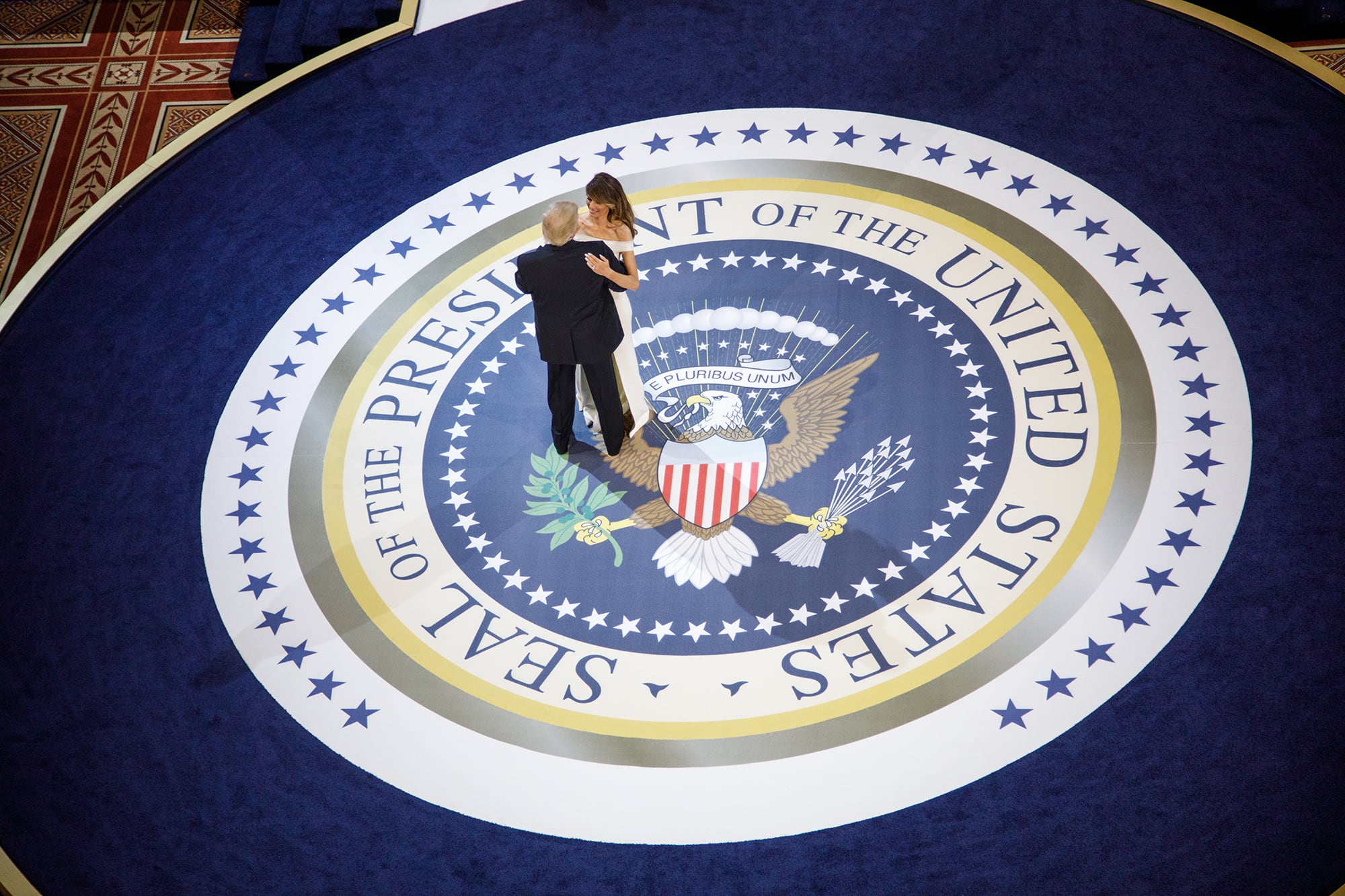 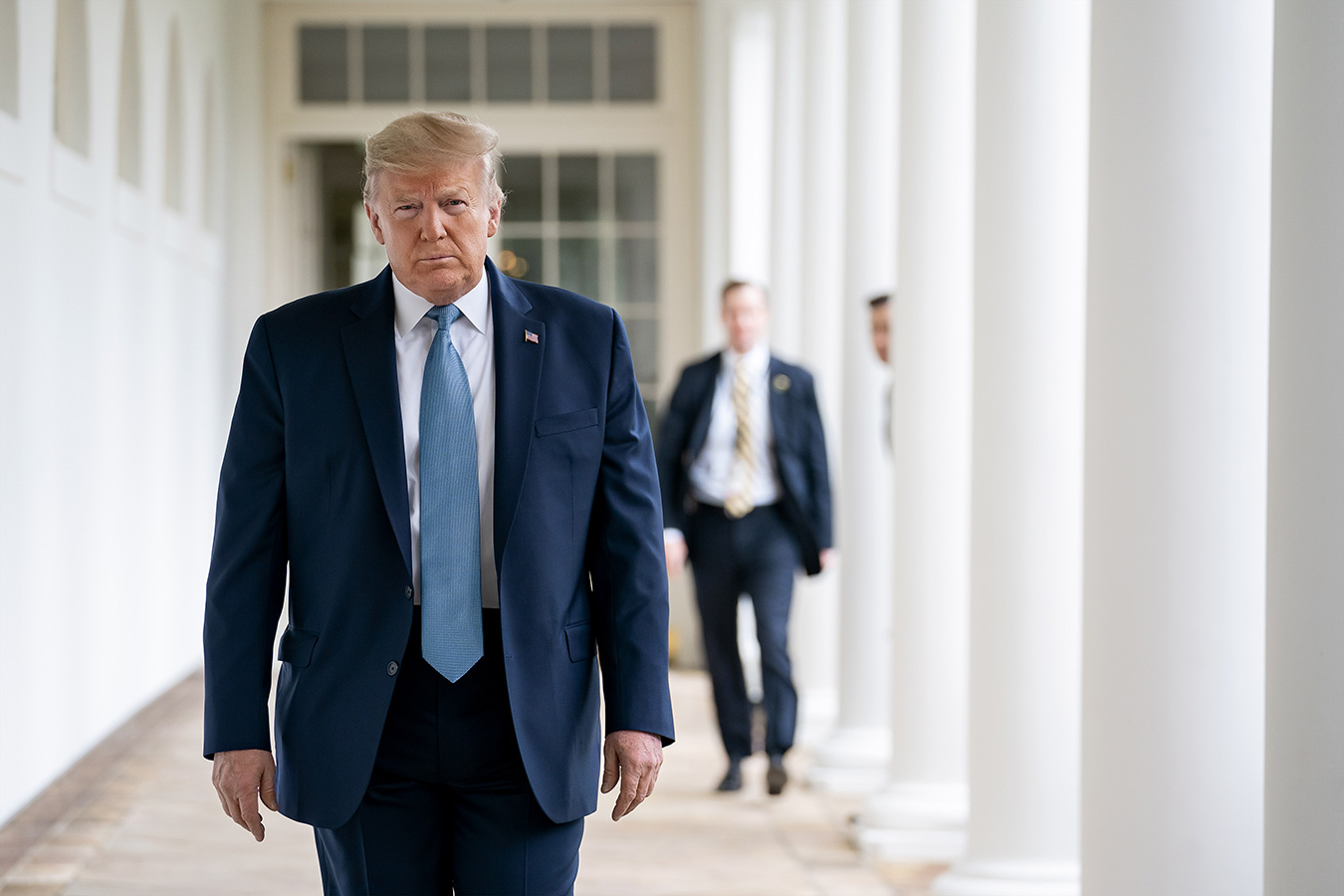 The 45th President of the United States

The forgotten men and women of America were forgotten no more because we finally had a President who put America First.

Through his pro-American policies on trade, taxes, energy, regulation, immigration, and healthcare, President Trump ushered in a period of unprecedented economic growth, job creation, soaring wages, and booming incomes.  Median household income reached its highest level ever recorded. Middle-class family income increased more than five times from the previous administration.  Unemployment reached its lowest rate in half a century.  African-American, Hispanic-American, and Asian-American unemployment reached their lowest levels ever recorded.  And more Americans were employed than ever before.

President Trump boldly unleashed American energy, and our Nation soon became the world's number one producer of oil and national gas in the world.  America's newfound Energy Independence not only meant historically-low energy prices, but also bolstered our economic and national security.  At the center of this pro-American energy vision was a robust commitment to environmental conservation, renewable energy production, prioritizing the clean-up of major pollution sites, and investing billions in clean water infrastructure.  Under President Trump, America led the world in reducing carbon emissions.  As a steward of our natural resources, President Trump signed the Great Outdoors Act, the most significant investment in our national parks since Theodore Roosevelt's presidency and joined the One Trillion Trees Initiative to protect and restore one trillion trees by 2030.

As President, he was an unwavering champion for our Nation's heroes in uniform.  He always stood proudly with our Nation's extraordinary and courageous police officers, sheriffs, and law enforcement professionals.  He fought relentlessly for our Nation's military service members and invested trillions of dollars in the American Armed Forces to ensure our warriors had the tools, support, and resources they need.  He fundamentally reformed the Department of Veterans Affairs, ending the past era of scandal and ensuring our Nation's treasured Veterans were given the treatment and care they have earned and deserve.

Understanding that border security is national security, President Trump achieved the most secure border in United States history and signed a series of historic agreements with our partners in the Western Hemisphere to stop smuggling, trafficking, and illegal migration.  He fundamentally reformed the H-1B program to protect American workers and families.  He restored the principle that newcomers to our country must be financially self-sufficient.  He empowered Immigration and Customs Enforcement to dismantle criminal gangs and deport dangerous offenders who threaten our communities.  He ended systemic asylum fraud, reduced refugee admissions to sustainable levels, blocked the entry of terrorists and national security threats, and banned unsafe travel from regions where proper screening and vetting cannot occur.  No President has done more to build an immigration system that promotes safety, dignity, security, and prosperity for the American People.

By restoring America's prestige and advancing a policy of principled realism, he forged historic peace agreements in the Middle East, withdrew troops from endless conflicts, confronted oppressive communist and socialist regimes, advanced stability around the world, and strengthened the North Atlantic Treaty Organization and other international alliances and partnerships by getting other nations to contribute their fair share.

When the coronavirus plague arrived from China, afflicting every nation around the globe, President Trump acted early and decisively to ban travel from China and Europe, which saved countless lives. He launched the greatest national industrial mobilization since World War II, refilling our depleted stockpiles of medical supplies, bringing our critical supply chains back home, pioneering life-saving medical treatments in record time, leveraging the Defense Production Act, mass producing and mass distributing masks, gowns, gloves, and other protective  equipment, and getting new breakthrough therapies into the hands of hospitals, doctors, and patients.  President Trump, from scratch, built the most robust testing system in the world and, at his direction, temporary hospitals and new medical beds were built from scratch to keep hospitals from overcrowding.  Aggressive action was taken to get critical supplies to nursing homes in order to protect the most vulnerable among us.  Through Operation Warp Speed, the Manhattan Project for vaccines, two different and powerfully-effective vaccine candidates were approved in record time, with more vaccines following quickly on their heels—a true medical miracle.  In order to get these doses to the population as quickly as possible, all of the leading vaccine candidates were manufactured in advance—an industrial breakthrough that further saved countless lives.

Whether it was combating the virus, fighting foreign terrorists, creating jobs, securing America's borders, unleashing American energy, revitalizing American patriotism, or restoring the American spirit, President Trump never wavered in defense of our values, our families, our traditions, and our freedom.

President Trump knows that as long as we remain faithful to our citizens, our country, and our God, then America's best days are yet to come.

Melania Trump is married to the 45th President, Donald J. Trump and the mother to their son, Barron Trump.  She is the second First Lady born outside of the United States and the only First Lady to become a naturalized United States citizen.

Melania Trump was born on April 26, 1970, in Slovenia.  At age 16, she began what would soon become a highly successful modeling career, appearing in many high profile ad campaigns and working with some of the best photographers in the fashion industry.

In 1996, Mrs. Trump moved to New York and 10 years later, she proudly became a United States Citizen.  She has always been an active member of her community. In 2005, she was Honorary Chairwoman for the Martha Graham Dance Company.  That same year, she was awarded Goodwill Ambassador by the American Red Cross—a role she served in for 4 years.  Mrs. Trump served 5 years as Honorary Chairwoman for the Boys’ Club of New York and was named Woman of the Year in 2006 by the Police Athletic League.

In 2010, Mrs. Trump was the Chairwoman for the American Heart Association, which raised $1.7 million for research.  That same year she launched her own jewelry collection.

Upon assuming the role of First Lady, Mrs. Trump focused her time on the many issues affecting children across the Nation.  An unwavering characteristic of the First Lady is her aptitude for showing love and compassion in all that she does.  Mrs. Trump spent much of her time meeting with children all over the world—in classrooms, hospitals, care facilities, at home in the White House, and in communities worldwide.

BE BEST, Mrs. Trump’s awareness campaign, focused around the well-being of children and highlighting the people and programs dedicated to ensuring a better future for our next generation.  The campaign has three pillars: well-being, which includes the social and emotional health of children; online safety, which focuses on educating families on how to protect children online and promote healthy online habits; and opioid abuse, focused on protecting our most vulnerable from the effects of drug abuse while promoting resources and programs for all who struggle with addiction.

In addition to BE BEST, Mrs. Trump has a deep appreciation for military and their families.  She traveled to military bases domestically and overseas, including Iraq in 2018.

The First Lady joined the President on countless international visits and met with more than 30 foreign diplomats, heads of state, and their spouses to share solutions to the issues affecting children globally.  During her time at the White House, she became an ambassador for kindness and an advocate for children.

Mrs. Trump looks forward to continuing her work on behalf of children and the issues she is passionate about.